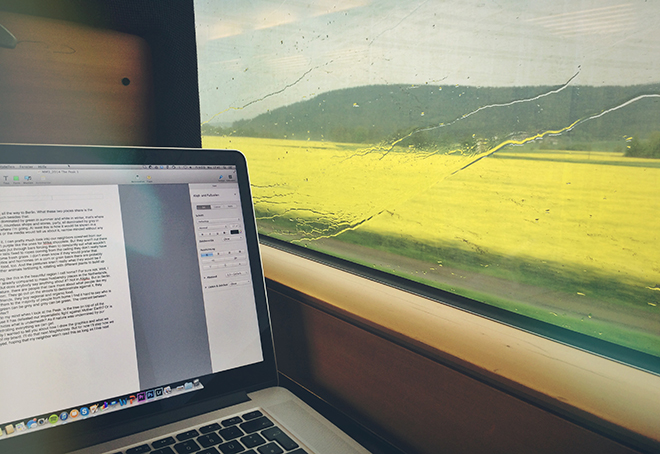 I’m sitting in a train from the Allgäu all the way to Berlin. What these two places share is the country they are situated in, not much besides that.

Mountains, little villages, cows, all dominated by green in summer and white in winter, that’s where I’m from. High-rise buildings, traffic, countless shops and stores, party, all dominated by grey in summer and grey in winter, that’s where I’m going. At least this is how it would be shown in a picture-book. Or how our teachers or the media would tell us about it, narrow-minded without any interest to take a closer look.

Of course, there is much more to it. I can pretty much look into our neighbors cowshed from our kitchen table. Yes, his cows aren’t purple like the ones for Milka chocolate. But they aren’t out there on the fields either. With their heads put through bars forcing them to constantly eat what wouldn’t be their natural diet and with their tails fixed to ropes coming from the ceiling they don’t really have a chance to go out and munch some fresh grass. I don’t even know if they would prefer that because I’m sure besides antibiotics and hormones on a corn or grain basis there are probably some nice flavors mixed to their food, too. And the pastures aren’t really what they would be if there were cattle, chicken and other animals fertilizing it, rotating with different plants to build up topsoil instead of stripping it.

Is this farmer the only one farming like this in the beautiful region I call home? For sure not. Well, I think farming here is a lot better already compared to mass husbandry places in the Netherlands, the States our South America. But does anybody say anything about it? Not in Allgäu. But in Berlin. In this huge city far from vast nature, there are people that care more about what people like my neighbor do than where I am from. They go out on the streets to demonstrate against it, they discuss these topics with their friends, they buy regional and organic food.

Some do, at least. Comparing them to the majority of people from home I find it hard to say who is closer to nature. It seems like green can be grey and grey can be green. The contrast between these two is fading. For the better?

This is a question that comes to my mind when I look at the Peak. Is the tree on top of all the cables, wires and pipes because it has defeated our imperialistic fight against Mother Earth? Or is that all fake, and the tree just hides what is underneath? As if nature was undermined by our pursuit taking, owning and controlling everything we can get.

I drifted off a little bit. Originally I wanted to tell you about how I drew the graphics and what we have changed on the shape of my board. I’ll do that next MagMonday. But for now I’ll stay how we always are, quiet and blind eyed, hoping that my neighbor won’t read this as long as I live next door. 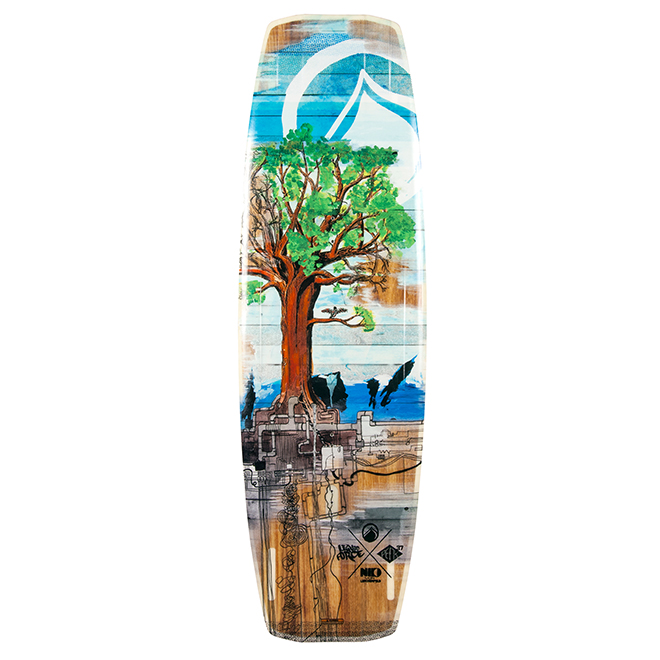