Some triple-XL blank tees, bandanas, guns. Very inspiring. It was for us, at least. It was 2  years or so back when Kevin Henshaw, Dylan Miller, Matt Bibby and Dustin O’Ferrall put up an online clip of them acting as OGs. It was hilarious, in a great way. We talked about that video sitting around at FISE in Montpellier, and at some point came up with the idea to reply to that video. Not as gangstaz that hustle even more than them. That seemed impossible. No, with a completely different genre as our medium.

But as time passed, this kept being an idea, with nobody actually doing something to realize it. But last year, we brought it back to discussion and started to make plans. We talked to Matze Kögel and Daniel Böck, good friends of Felix and mine from our home region. They both are  very talented filmers, and when they said yes we knew this project would happen. The rest of the crew were Manu, Steffen and Brenton, who has come over to Germany for Cash for Tricks and Oktoberfest. And this edit of course.

Obviously, Brenton is pretty much the perfect rockstar already. For the rest of us it was a little bit harder to get somewhere close to this look and vibe… But it wasn’t his look only that we were aiming for. We wanted to do something with Rock. So should we dress like KISS? The Rolling Stones? Led Zeppelin? Nirvana? There is a lot of different directions, not like in Hip Hop with pretty much the only specification of baggy (well, not counting hipsters and suit wearers). 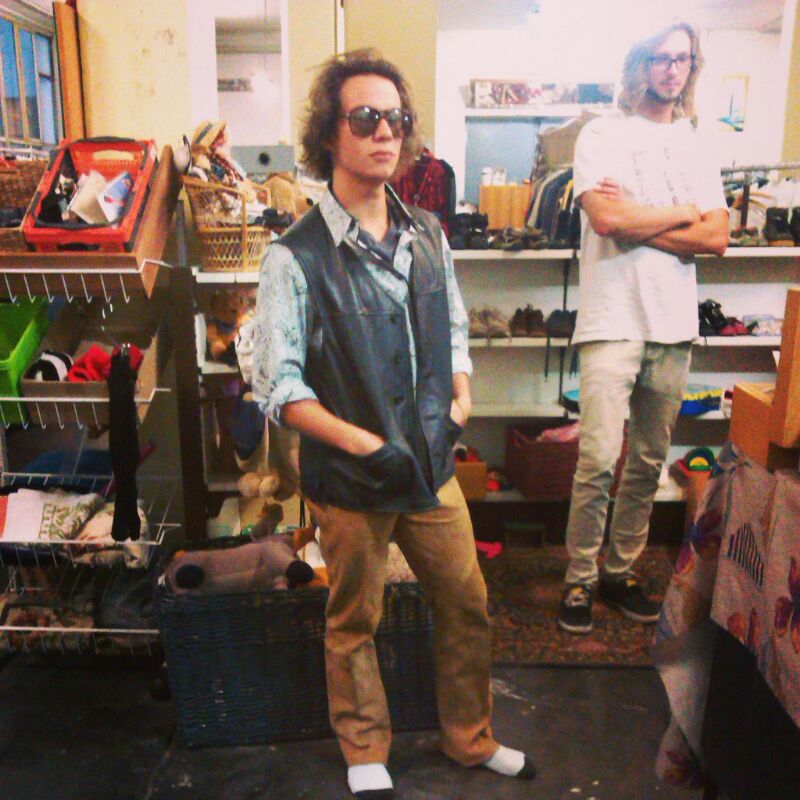 We ended up thrift shopping and bought some pretty sweet stuff: leather pants, dope-az shoes, leather vest, jeans jacket, another jacket, a shirt, some chains and a guitar for 34,50 €. If Macklemore would be singing rock’n’roll songs, we would have chosen him for our video.

And for my side, I completed my appearance with a custom-painted rockstar board. I took an all-white sample of the 2012 Peak that I still had and started to draw. I was thinking a lot if that shouldn’t be my next years graphics! 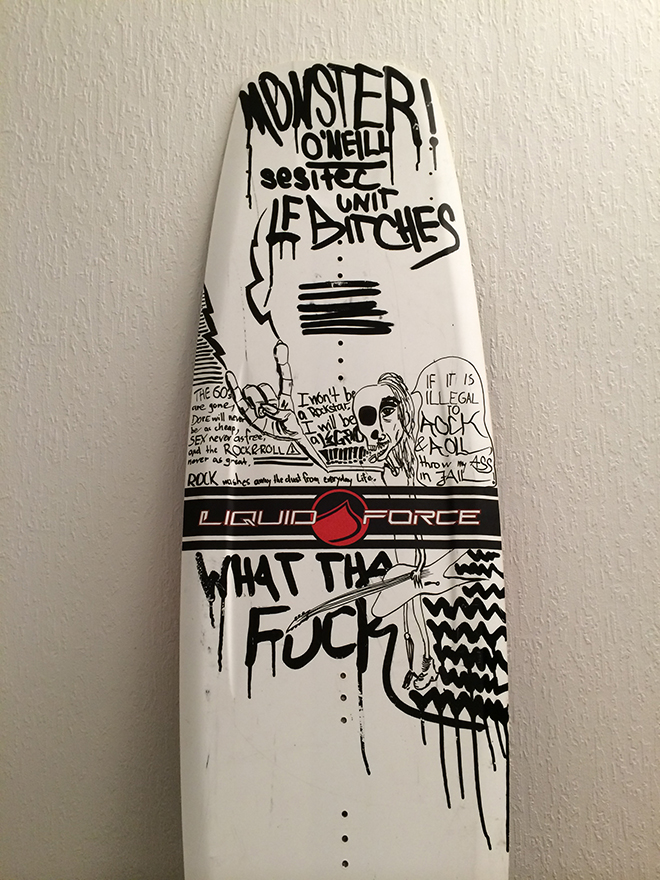 Langenfeld was the place to do it. We started to shoot GoPro stuff as the not always clean shots would fit perfectly to the edit. By this time we knew that Daniel wouldn’t make it as he had other projects he could not get out off. But when Matze called he had a car accident on the way to us we thought the whole project died. He had to go all the way back home and deal with all the insurance stuff and find another car. It was so cool of him that he decided to come after all.

So we had a little bit less time than planned, but luckily captured quite a bit with our GoPros. And even though Matze is not really from the wakeboard scene, it worked out perfectly and we got a bunch of cool shots. A lot of slams from Felix anyways.

To make this clip as sick as we thought of it we knew we should do something special.

On the riding side, this was all the double, triple and 5-line action. That was so much fun!!! We shortened and lengthened the ropes so we could all go together and change sides as well. But the pool shot was scary. It took us a few laps to figure out who rode which exact line, without chopping his head off.

And on the other side, we wanted to put up a little story to back the concept up. So we shot some lifestyle at the lake, but even sicker was the stuff that we shot at the bar “Tommy’s Musikcafe”. Looking at how fun this night got I would say that those shots are not really exaggerated. Thanks to everyone who came out and made it such a cool party! 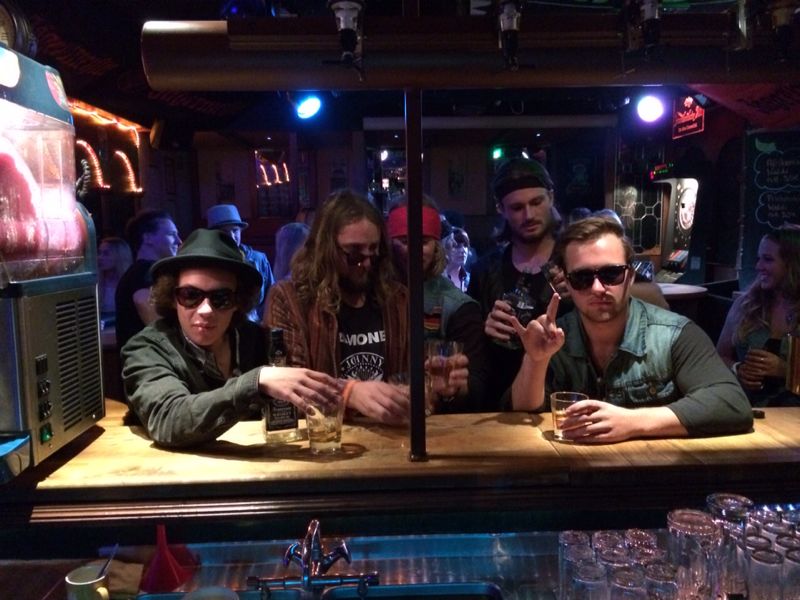