An empty sheet of paper and your head full of thoughts, waiting to be written down. To become something more than just a thought. An actual plan. 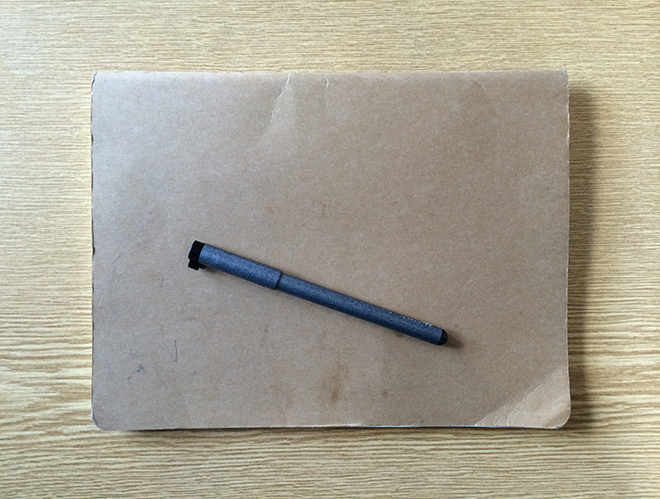 After I’ve torn my ACL and Meniscus again beginning of last year’s October, I had a lot of thoughts going through my head.

Most of them didn’t have to do with wakeboarding and if they did, they were not really positive about it. I had enough and needed some time off, that is what my knee probably told me. Wakeboarding felt like something too boring, something where I haven’t really progressed during the last year. I didn’t have any ideas of what to do next, of new rails or variations to stuff. I thought about that I haven’t really learnt a new trick in such a long time. Am I still good enough? I’ve done some good work through the year, but good wakeboarding?

Not good enough for myself, I thought.

So there I was with plenty of time to do something else than what has occupied me so much before. I rearranged my room, new paint, new shelfs, new bed. I cleaned up. It made me feel comfortable being back home. And for the first time in ages I went on a trip that was about the actual journey, not about the travels somewhere in order to wakeboard. The time in Nicaragua together with my girlfriend was beautiful.

But this trip was over way too quick, and at home I fell back into that pattern. When got up after long sleep, I still felt tired. Days were passing by, and what felt like doing much actually was about nothing. I was so phlegmatic. When I was allowed to start snowboarding again, this got better, but damn, the winter really sucked this year. I realized once again that I need sports and fresh air to feel good.

I moved my laptop to the Sesitec office. This helped me to bring back some structure into my day, and actually get stuff done. I guess I need structure.

I joined a couple of friends on an indoor soccer match, and this was when my knee thought: Naaah, not soccer, you dumbhead. Luckily nothing too bad. It made me cancel two trips, though. A bummer, for sure. But at the same time things at Sesitec are going off right now. It felt great to be there and have the feeling of being useful for something bigger than just myself. I still have some training to do for my knee, not just general activity, but some more knee-focused exercising. And I have to bring some happiness back into myself, some more laughing, please.

Now, almost half a year after the last time I have ridden my Peak, I feel more content about dealing with the injury. Sparks of fascination for wakeboarding have come back. I realized that my wakeboarding was not that bad and that I can be pretty happy about what I have achieved throughout the last years. I’m so excited to watch the Debut. I’m so keen for everyone to see a few other things that I’ve been working on last year. But besides that, those sparks also came from thoughts of what’s ahead, and have turned into plans. The sheet of paper is filled with stuff, with good stuff.

Of course, there are some doubts asking if this will be too much. But I am not worried anymore, don’t feel that heavy. I can’t wait to do the first carve, the first spray, the first ollie again. I am so looking forward to what looks like a great season ahead!