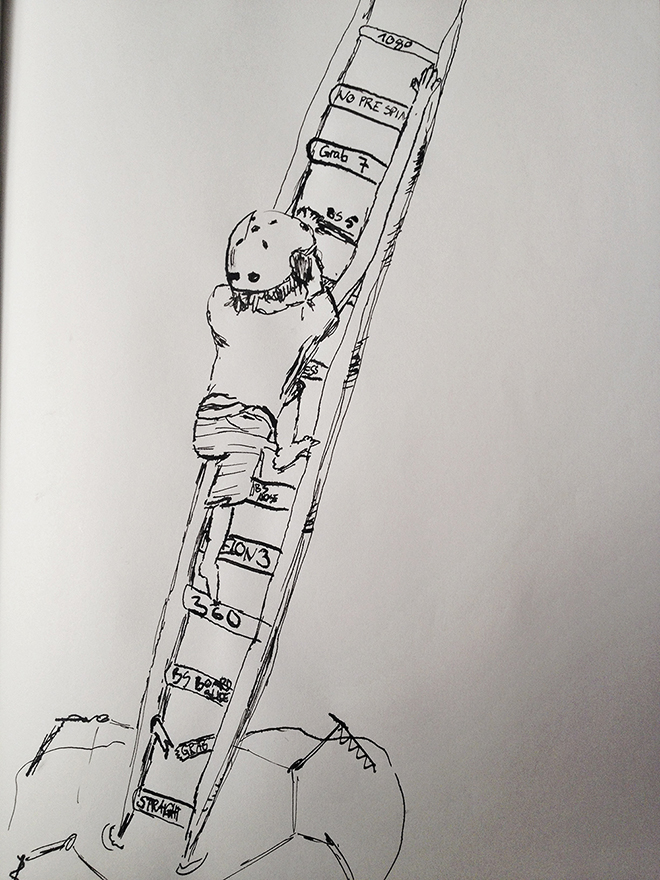 There has been a lot of discussion in the web lately about wakeboarding and what should be done or not. „Air tricks are so gay“ – „Air tricks are a crucial part of cable riding, damn all those who think they are gay“ . Yep, discussions got a little bit off track and offensive. But they have been very prosperous as well, and I would especially like to thank Tom Fooshee and Marc Turtle McNamara for their elaborations on air tricks and pre-spinning respectively.

A lot has been said already and this shall not be a page of redundancy, but there is one thing I want to point out some more as it still worries me when I think about where wakeboarding will go.

In the last couple of weeks I was on the road with a lot of other pros and have had great times. We led some interesting discussions, actually most of them were more like gatherings of similar thoughts. Amongst these riders we all agreed on what we think wakeboarding should be like. Something legit, with focus on making tricks look good. Being creative. Putting effort into perfection of a shot. Especially those of us who have been filming with Andy for The Debut know this, and I can tell what a good feeling it is to know you got the shot in a way you will still be happy with it in a year from now. Hanging out with these people made me a little blind about how wakeboarding is out at the parks.

A really nice contest this weekend, The Big 30, actually opened my eyes again. This was one of the coolest events especially for up and coming riders in Germany, everyone had loads of fun. But watching a lot of the young guns ride I realized how many care about, in my opinion, wrong aspects of wakeboarding. Kids were doing crow 5s and 900s this weekend, it was a pretty intense level. But it made me realize how they only care about that extra 180, instead of executing tricks with less rotation properly, and then adding there own style to it. A 360 off a rail feels pretty good when you come out of a nosepress, but a 180 would be so much better if the press was actually held the whole way through the rail. They did that even though the format was one that wouldn‘t necessarily let the one with the harder trick win. As you can go at least as hard on the bigger kicker hit with the longer grab, or as technical with the locked in press through the whole rail.

I really hope that the everyday-shredders start to realize that it is fun as well as an important step to learn tricks in perfection so that you can put in a grab, then hold it longer, then tweak it a little bit. Then try to improve it even more, or try a different grab. Instead of going to the 900 a week after you landed your first 5.

Too many forgot that style is a step between every new trick when climbing up the ladder of progression. Step by step.