Last weekend we stopped by at the cable park “Blauer See” in Garbsen. The UNIT Parktech setup is really nice and ideal for some fun lines. Here is a quick one from a nice morning session.

I know, a lot of videos from that place. But Dominik and I had such a good time that we needed to share this clip anyways!

Finally, after six months, I got to be on my board again. It felt really good. My girl took the GoPro and we filmed some laps at Hip-Notics, Antalya. I hope this gets you as motivated as I feel after watching this clip again! 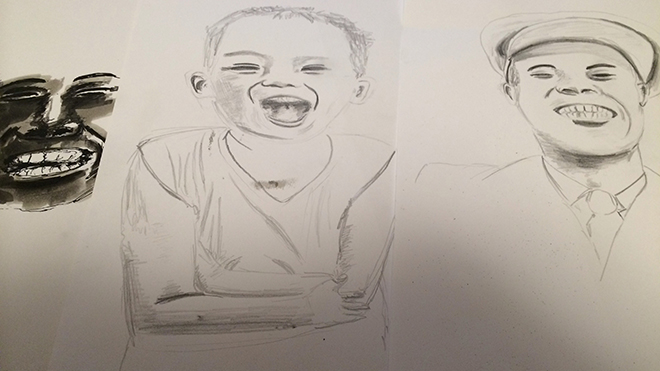 I had the idea of doing something with a laughing character on the board. In the beginning I wanted to draw it and maybe use watercolors. But going with that idea didn’t really bring me to something that was satisfying. That’s when my girlfriend said why I didn’t look for old pics of myself as a kid instead of looking through the internet for inspiration.  END_OF_DOCUMENT_TOKEN_TO_BE_REPLACED

Andy Kolb is one of the smoothest wakeskaters out there and a good friend, too.

It’s just too great how much fun a GoPro can capture!

Just a bunch of funny guys having fun!

I could not be happier with how this event went. From where we started 5 years ago to where we have gotten now is incredible. Cash for Tricks is still true to what it was when it began, even though it got a lot more professional. This is especially because of five persons. These are my girl and my brother, who have pretty much done all that I should have been doing while I was one the road. Further those are Denny and Sandra from The Cable magazine as well as Marc from INTERBOOT trade show. Thanks so much to them as well as to all the rest of the people who have helped in any way.

An exciting trip through a country full of controversies. In five days we went to three premieres of Andy Kolb’s film “The Debut”, in Moscow, St. Petersburg and Krasnodar. We walked through the cities, rode through them on a boat and travelled between them by plane and night train.

This video is a compilation of impressions captured in this amazing country.

Thanks to Kostya, Katya, Katya, Anton, An, Pasha, Roman, and all the people we met

Max and I seem to have the same approach to wakeboarding. Whenever we get out on the water we have that big smile on our faces. Jochen Russmann noticed that and made a concept. This video is the result of it, a very professionally made video that shows a different look at wakeboarding.

(For english turn on the subtitles! (CC))